(B)  equine training or teaching activities;

(F)  placing or replacing horseshoes on an equine animal; or

(G)  without regard to whether the participants are compensated, rodeos and single event competitions, including team roping, calf roping, and single steer roping.

(A)  a person or group who sponsors, organizes, or provides the facilities for an equine activity, including equine facilities for a pony club, 4-H club, hunt club, riding club, therapeutic riding program, or high school or college class, program, or activity, without regard to whether the person operates for profit; or

(B)  an operator of, instructor at, or promoter for equine facilities, including a stable, clubhouse, pony ride string, fair, or arena at which an equine activity is held.

(B)  to rent equipment or tack to a participant.

(A)  an animal raised for human consumption; or

(7)  “Livestock show” means a nonprofit event at which more than two species or breeds of livestock animals are gathered for exhibition or competition.

(8)  “Livestock show sponsor” means a recognized group or association that organizes and sanctions a livestock show, including a political subdivision or nonprofit organization that is exempt from federal income tax under Section 501(a), Internal Revenue Code of 1986, as amended, by being listed as an exempt organization in Section 501(c)(3) of that code.

Sec. 87.002.  APPLICABILITY OF CHAPTER. This chapter does not apply to an activity regulated by the Texas Racing Commission.

(1)  the propensity of an equine or livestock animal to behave in ways that may result in personal injury or death to a person on or around it;

(2)  the unpredictability of an equine or livestock animal’s reaction to sound, a sudden movement, or an unfamiliar object, person, or other animal;

(3)  with respect to equine activities, certain land conditions and hazards, including surface and subsurface conditions;

(4)  a collision with another animal or an object; or

(5)  the potential of a participant to act in a negligent manner that may contribute to injury to the participant or another, including failing to maintain control over the equine or livestock animal or not acting within the participant’s ability.

(3)  the injury or death was caused by a dangerous latent condition of land for which warning signs, written notices, or verbal warnings were not conspicuously posted or provided to the participant, and the land was owned, leased, or otherwise under the control of the person at the time of the injury or death and the person knew of the dangerous latent condition;

(5)  the person intentionally caused the property damage, injury, or death; or

(c)  The warning posted by an equine professional under this section must be as follows:

UNDER TEXAS LAW (CHAPTER 87, CIVIL PRACTICE AND REMEDIES CODE), AN EQUINE PROFESSIONAL IS NOT LIABLE FOR AN INJURY TO OR THE DEATH OF A PARTICIPANT IN EQUINE ACTIVITIES RESULTING FROM THE INHERENT RISKS OF EQUINE ACTIVITIES.

(e)  A livestock show sponsor shall include the warning prescribed by Subsection (f) in every written contract that the sponsor enters into with a livestock show participant. The warning must be clearly readable.

(f)  The warning posted by a livestock show sponsor under this section must be as follows: 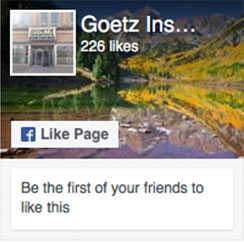